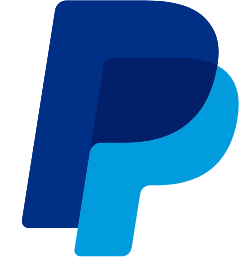 After Wales face Australia at the Millennium Stadium the players will attend a traditional post-match function alongside their opponents, at which formal cap presentations are normally made to any new internationals and both Captain’s give speeches.

Newly capped players have even been called upon to perform songs for their compatriots as one of the greatest traditions in the game – the coming together of both sides after a match – is wholeheartedly embraced.

In a World Cup year when the players will be required to attend formal functions at different tournament venues and often travel in their ‘number ones’, it is particularly important that they look and feel the part.

The Brogue Trader have offered a personal fitting service and have supplied hand-made British leather Loake shoes to every member of the national squad and will continue to do so until 2019.

“We are a small family run business based locally here in Cardiff, but we have nationwide ambitions and this new deal with the WRU is the perfect launch-pad for us,” said The Brogue Trader managing director Chris Macnamara.

“The Brogue Trader specialises in a personal fitting service to cater for all sizes, something that is obviously vitally important to and elite rugby team who must not only take great care in looking after their feet but need to look the part as well.

“Once Loake shoe-makers showed an appetite to support us with the WRU partnership, the rest was easy and we are now very proud to be able to call ourselves official suppliers to Welsh rugby.”

The Brogue Trader are based in Morgan’s arcade in Cardiff City Centre and also online at thebroguetrader.com where customers can book personal visits to take advantage of the company’s fitting service.

“The Brogue Trader are supplying the very best in quality shoes to the Wales national rugby team and they will ensure that the players look at their very best on formal occasions for the next four years,” said WRU head of sales and marketing Craig Maxwell.

“We would like to welcome them on board as a WRU partner and formal footwear supplier and look forward to working with and seeing the obvious synergy with our formalwear supplier TM Lewin flourish.”

At The Brogue Trader, we use Cookies to gather information that will help us to provide the best possible service. By using this site, you are accepting our Cookie PolicyOkPrivacy policy